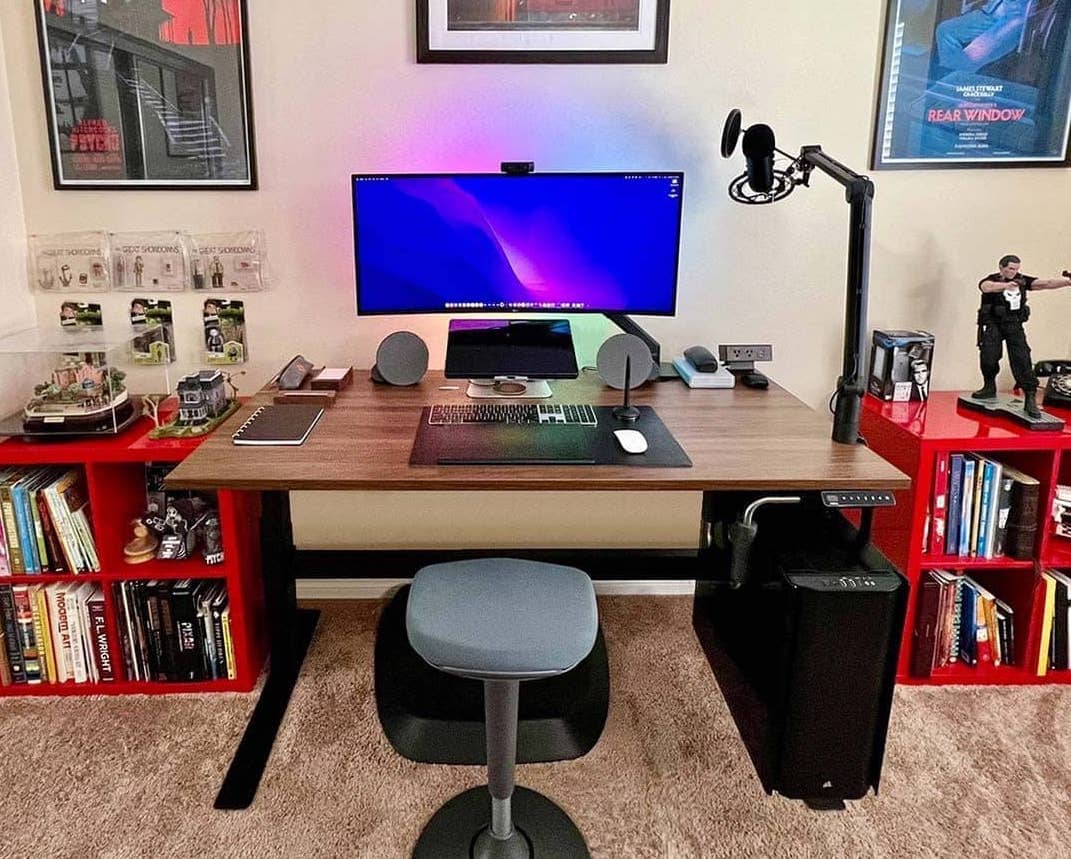 Fully Jarvis and Uplift V2 standing desks are head to head in the competition. They share a lot of similar features. But they also offer something that makes them stand out from each other.

Let’s dissect each standing desk brand and see which one can offer you the best solution. Remember, the best standing desk is the one that can satisfy most, if not all of your needs and requirements.

Let’s break it down into several aspects, the overall first

A lot of people are so worried about the wobble problem. Such as with a normal user who has 2 big monitors (let’s say 27″), a PC, and a laptop, for the basic home office setup, will really concerned about the stability at the max height of the standing desk.

So when it comes to this factor, which one should you pick?

Two brands have some issues with stability. Wobbling seems to be a pretty common complaint. Especially when standing desks don’t have a crossbar on their frames.

Though Fully Jarvis and Uplift V2 have the same base, there have been some modifications made, particularly with Uplift V2. Uplift V2 is the third-generation design of the brand. And some improvements were made that made it more stable than the Uplift V1. We noticed that version 2 already has a wedge system on its frame base.

This additional structure makes it less wobbly and more stable. So even if V2 doesn’t have any crossbar, this alternative structure lent some support. And compared to the previous model, the metal legs are already tightened. And if you’re looking for thicker metal legs, you can find that in the Uplift V2 commercial standing desk model. That’s the higher-end standing desk of the brand.

Jarvis desk, is not that stable at 36 inches. But even at this height, we already noticed some side-to-side wobbling. But the moment it goes up, that’s where all the stability issues become more apparent.

We noticed that it started to wobble back and forth as it approached the 40-inch mark. And this is often common in standing desks without a crossbar or an alternative support structure. Jarvis didn’t have any wedge system at all compared to Uplift V2.

Between the midrange and extended versions of Jarvis, we find the extended version more stable. Also if you want to get the best stability of a Jarvis bamboo desk, the tabletop should not be narrower than 60”. And if you have a big tabletop and then narrow frame, expect to have a lot of wobbles there.

What about the monitor arms? How can you make it stable?

To lessen the wobbling of your monitor on a Fully Jarvis standing desk, you have to buy a quality monitor arm. Oftentimes a cheaper one is made of flimsy and cheap materials. And post systems seem to offer less wobble than gas or spring arms. And the closer your monitor is not the post, the more stable it is.

In terms of weight and lift capacity, both brands share almost the same figures. Jarvis has a weight capacity of around 350 lbs while Uplift V2’s 355 lbs.

With Uplift V2, we experienced a rather smooth and consistent lift until it reached the maximum height range of 50.9”. We tried to load it 50 lbs more than the limit to see what happens. Uplift V2 does not have any overload protection. 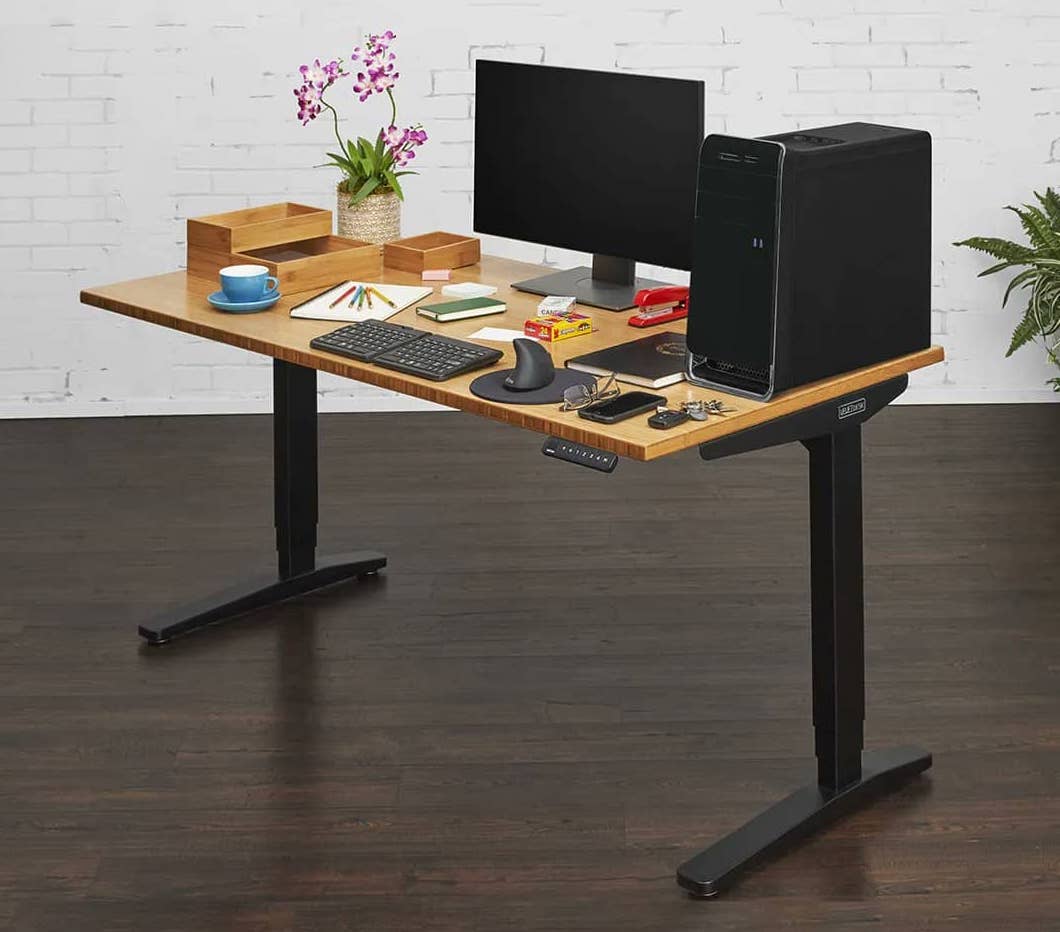 So we’re curious about how the desk would respond to such an over-the-limit. And here’s what happened, we noticed that the speed started to decline under 1“ per second. Though it hasn’t collapsed yet or anything, we wouldn’t advise going over the maximum weight since it lacks a safety feature.

Jarvis, on the other hand, was able to lift the 350 loads quite efficiently too. Like Uplift v2, it doesn’t have overload protection too. We loaded 30 lbs over the weight limit. And we noticed the speed dropped to 1.26” per second. Again, not advisable

You can get the Jarvis standing desk in three sizes – midrange, rectangular and contoured. On the other side, Uplift V2 offers a more advanced standing desk version such as the UPLIFT V2 4-legged standing desk. And of course, the cost is more expensive 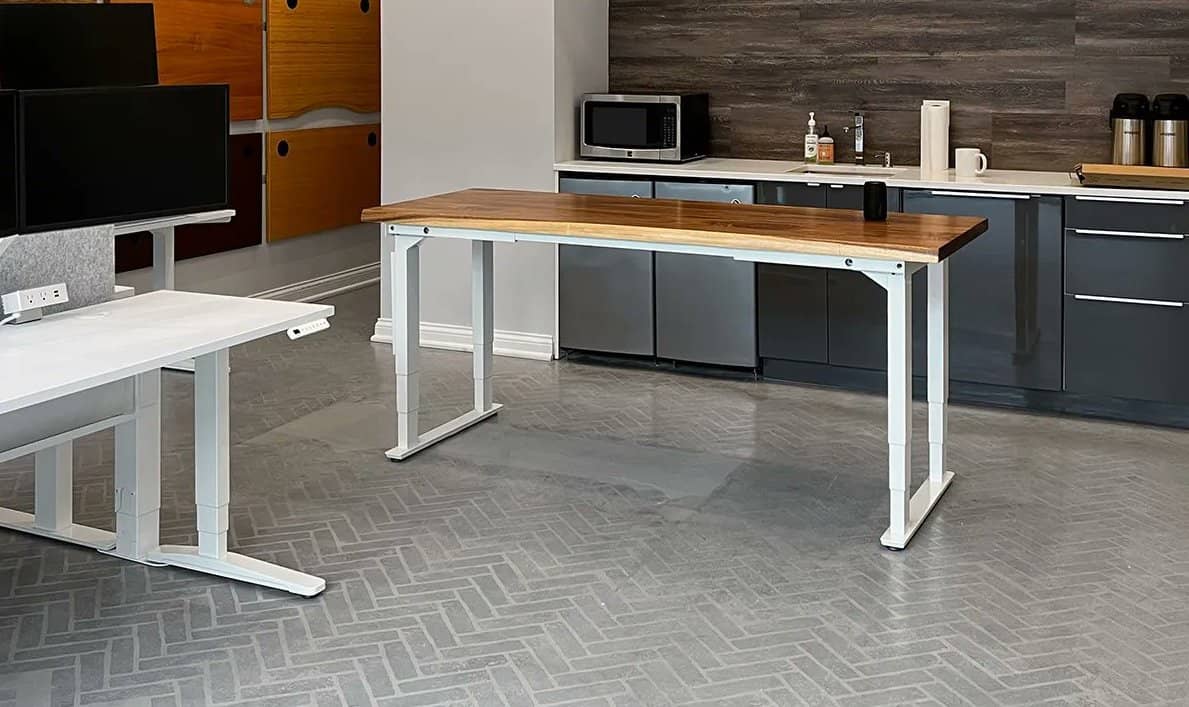 And it has more features to boot like a weight capacity of almost 535 lbs and a larger workstation. But is it more stable than the UPLIFT V2 2-legged standing desk?

Well, the wobbling from side to side and back-fort is reduced. But the extra moolah doesn’t seem to justify it. Unless you place it against a wall or buy the one with the crossbar at the frames, then it’s worth the extra money.

Note:  UPLIFT’s shipping costs were twice as much as Fully for the same location, while Fully does not charge shipping to ship replacement parts, for now!

How about the Pricing? 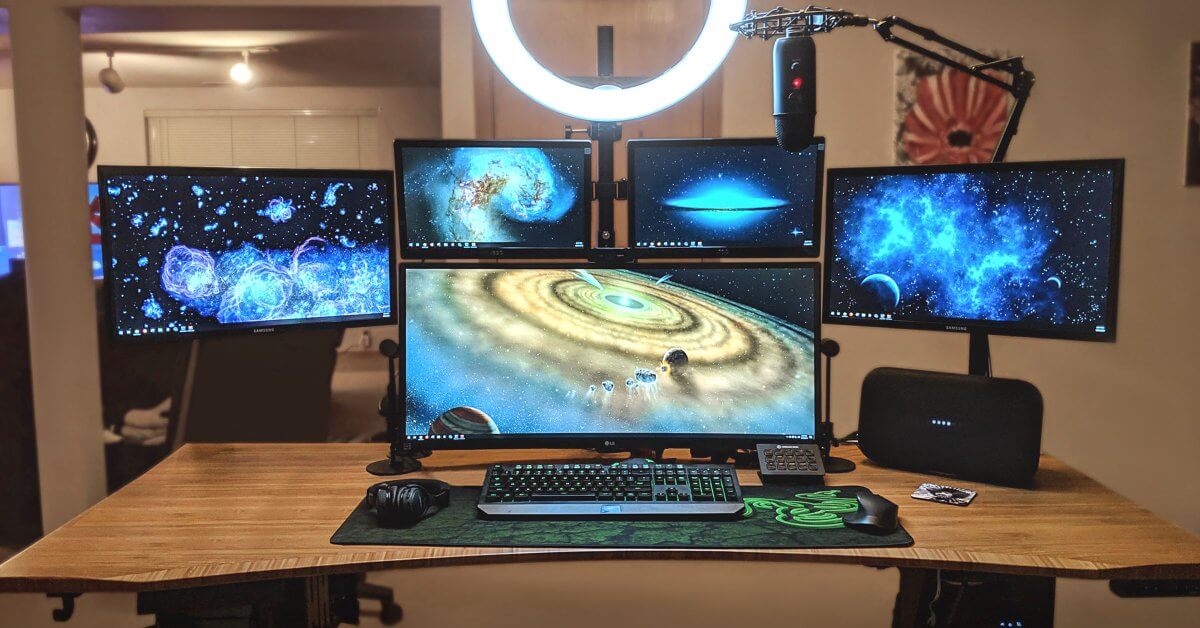 Both 2 standing desks have almost the mid-price range, with Fully Jarvis is cheaper, compare with Uplift V2 in the same size of the tabletop, for example, 72×30″, but the range of the price is a little bit around 50-100 bucks, it means, these brands have the same price range – always right with “you get what you pay for“!

Both brands are in the same boat when it comes to setup. Jarvis and Uplift V2 both have a lot of screws and it’s quite challenging to insert these into the frame.

For Jarvis bamboo, the setup of the base alone took about 30 minutes. And you might also need another hand to assemble the columns properly. Since you have to make sure that the screws are aligned.

The main concern that we noticed is the lack of washers on the screws. So that comes with the inevitable loosening of the screws over time. Aside from making sure that all the screws are really tight, you can also use a thread locker to hold it in place.

Uplift V2 also doesn’t fall short in the number of bolts and screws. And you need to use the included Allen wrench to set it in place. Which is for us, so painstakingly slow to use.

So all in all, both desks took us about 60-90 minutes to set up. And oh, the wire management system isn’t yet accounted for.

Jarvis is the newest kid on the block with more sizes for the tabletop and different colors. It’s a hot item right now in the market due to its eco-friendly design. It has a lovely bamboo tabletop and the brand claimed that it was responsibly sourced and free from VCOs. The bamboo tabletop is something that we really love. It would look lovely in any space.

But there’s some sort of controversy surrounding the brand’s claim of the bamboo material is eco-friendly.

Uplift V2 is a notch higher at 5 desktop options. Some of the designs also allow you to choose between a rectangular table and a contoured one. And of course, both brands also offer different table sizes, should you want to just buy the tabletop for your old frame.

As with the adjustment range, Uplift V2 offers more leeway for tall people. It has an adjustment range of 25.3” to 50.9”. While Jarvis can extend from 22.9” to 50.7” but not for all the same size (the bigger tabletop, the better height range adjustment). And since Jarvis can drop a notch lower than Uplift V2, shorter people might find Jarvis more comfortable to work on. For big fans of Uplift V2, if they are shorter than 4.9″, they have to choose the Commercial version!

Uplift has 55-57 decibels. It’s not that annoying, but if you operate it in a quiet room, it’s sure to be noticed. Jarvis, on the other hand, starts with 55-7 decibels. But we noticed that the more you load weight onto the desk, the more noise it makes. We ended up with 65-72 decibels when we maxed the capacity of 350 lbs. So clearly, Jarvis is quite the noisy one here.

Grease on the bars

We’ve noticed the excess lubricant or white grease on the steel legs of Jarvis. Uplift, on the other hand, has lesser grease on its legs. But the motors are fully soaked in yellow grease.

This might not be a big concern but you might ruin your little black dress if you accidentally bumped into its greasy steel legs of Jarvis.

Jarvis is a fully automated standing desk. All you have to do is press the button and it will do things for you. And what’s nice is that you have an option if you want the fully electronic desk or just settle with the up and down button. The former, of course, would be more expensive. Convenience does come with more cost. 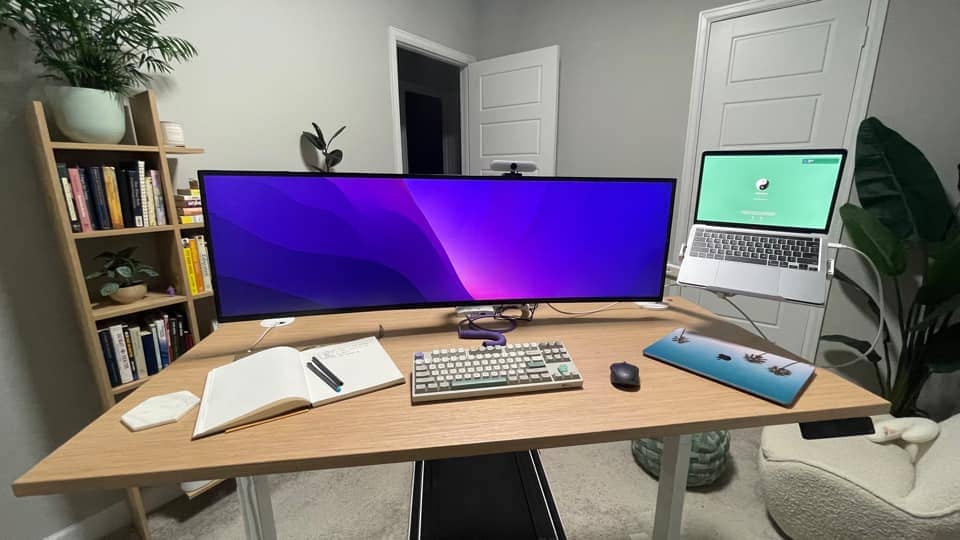 Uplift V2 is also fully electronic. It actually offers three types of controls- programmable buttons (comfort angle), up & down buttons, and the vertical bezel which is programmable.

So in this round, both brands are clearly on the same scale.

This is one of our concerns when it comes to the Uplift V2 desk. Upon the release of the button, the table should automatically stop moving. That’s not the case with the Uplift V2. There was still continuous motion even though the button was already released. So you better keep children away from the desk. And also be mindful of where you put your fingers. Maybe give it a few more times, then it would stop moving.

On the other hand, we haven’t experienced that with the Fully Jarvis standing desk.

Yes, both brands are equipped with this safety feature. The collision advanced system of Uplift V2 is quite more sensitive than version 1. And of course, the upgraded Uplift desk has lesser issues too.

Jarvis by Fully standing desk offer 15 years warranty for frames, and Uplift V2 offers the same time for all parts. It’s clear that these two brands are really head-to-head in the competition. But if you want all goods, start the conversation chat with their customer support for the real deal!

At the end of the day, the clear winner between 2 high-end standing desks, we have to pick the Uplift V2! It has a wide range of height adjustments from short to tall people, it has the stability with the 4-leg version (the biggest lifting capacity with 535lbs), and so much better parts compared with the Jarvis by Fully!

So, Fully Jarvis vs Uplift V2 standing desk, which desk is for you? We hope our comparison made you spot which of the two brands satisfies your need the most. And which one do you catch up on, it’s on you! 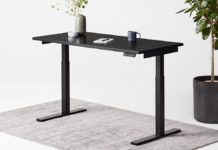 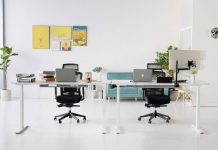 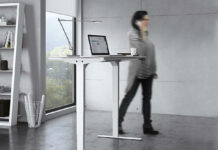 Top 7 Best electric standing desk Frames to build your own...

[Comparison] Uplift vs IKEA vs Autonomous: Which one is the Best...

ApexDesk vs Uplift – Which Mid Range Standing Desk Offers a...

Flexispot standing desk EN1 vs EC1 – Are We Really Not...

VIVO vs VARI Standing Desk Comparison Beyond the Price