Mention the word Steelcase and everyone will think of lots of levers and knobs, tons of adjustment options to fine-tune the chair to your preferences. And it also has a rep for being expensive.

But thanks to the Series chairs, those who don’t want to spend luxury on a chair can still benefit from its ergonomics. And the Series 1, being an entry-level and more affordable seating solution from Steelcase lacks adjustability.

But of course, it will have limitations. So an upgrade is seen as necessary. And there we have the Series 2, a big brother of Series 1 in terms of everything. So let’s compare them and see if an upgrade really is always better.

The Series 2 is a more modern pick

Looking at the design and overall look of both office chairs, they are shaped a bit the same but also different at the same time.

You can buy this unit in an array of different colors. You can change a black mesh backrest and pair it with a perky peacock or lagoon upholstered seat. So both units will indulge you with options, plenty much. And you can also pick one that resonates with your personality more, this can make you feel more inspired to work.

These Steelcase chairs might look and be structured in the same way, but also in a different way. Both have only one lever/ knob that you can use for all the adjustable features.

So these are straightforward units that will not take you a lot of time fiddling through. It won’t take you long to find a comfortable seating position.

We did notice that the backrest is shaped a bit differently too, it is wider and higher. Though it still has the same plastic frame, Series 1 has gone thinner at the upper backrest. The Series 2, on the other hand, looks more sleek and streamlined. So even if it has that plastic frame on the sides, you will feel less pressure on the side of your shoulders.

Oh and another thing too, the design of the backrest of the Series 2 appeals to us more. Though it also has an adjustable lumbar, the bar does look sleeker compared to 1. The back part looks sleek and more polished.

The Series 2 is better for the taller user

With a higher and wider backrest, taller users up to 6 feet will find it a more comfortable option. Though if you stand between 5’3” and 5’4”, the Series 1 will suffice if you favor a firm seat.

It has the same Live Back Technology all Steelcase chairs have, so we can expect any chair from the brand to be more fluid compared to other brands.

Both units also have an activated weight mechanism. So even if the seat is firm, you’ll be able to find it comfortable for a few hours.

And here is where you will also feel the upgrade. The Steelcase Series 2 feel more fluid. So if the seat is too firm for most people’s liking, this unit feels less rigid than the Series 1.

The arms are where it’s at

Aside from the wider and the taller backrest, the arms are also the 2’s the second noticeable upgrade from the Series 1.

Remember that the Series 1 had a lot of issues with its arms. Yes, it’s 4D adjustable, but it is quite wobbly and easily moves unintentionally. Even a single bump by the elbow can change the configuration of the pivot of the arms.

And you will not have that problem with the Series 2. The arms are built better, they are more stable. And oh, there is more icing on the cake. Though you can also pivot the arms in the 1, the upgraded version lets you pivot the arms to an additional 30 degrees.

So can Series 2 be used for an extended time?

With a more supportive and intuitive back and higher backrest, will the Series 2 be more fit for working 8 hours?

Well, surprisingly, not yet. It is still a bit too firm for most. Though it’s certainly comfier than the 1, we still don’t recommend it for longer sitting periods, unless you favor very firm support.

The seat and the back tend to feel firmer as the hours pass, that’s for all Steelcase chairs, they just vary a bit.

That is also perhaps the limitation of an upgrade that’s worth only 50-60 dollars, you can not expect an overhaul. Though the upgrade is good news to taller users who are on a budget and are fans of the Steelcase brand. They don’t have to squeeze themselves in a tight Series 1. 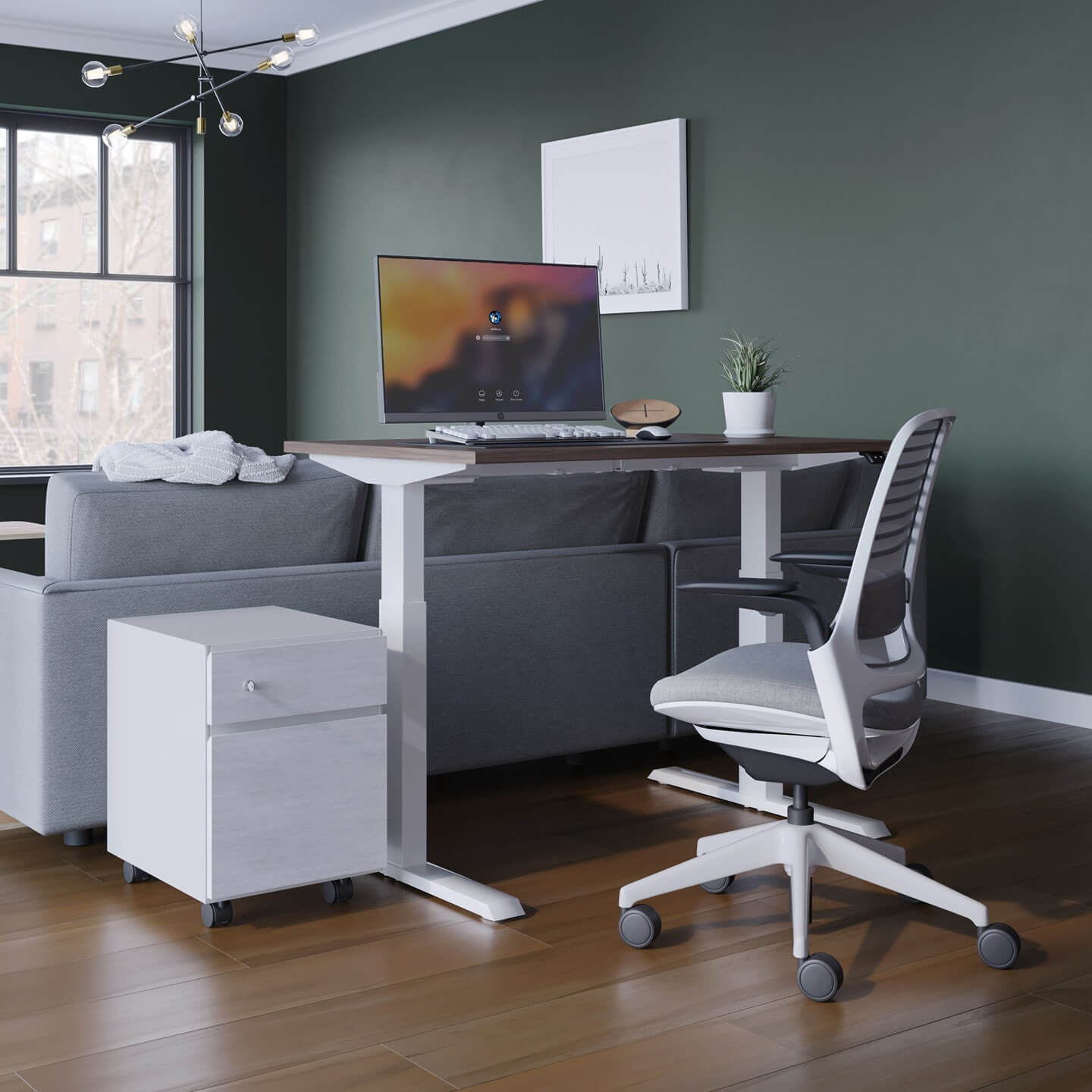 Among the Steelcase chairs, Gesture will indulge you in the most comfortable position for long hours. It still does have the firm support of seat and backrest, which Steelcase chairs are known for. But compared to the other units, even to Leap, you’ll be able to find it the comfiest for extended hours. But you have to invest since it has a steep price.

And wrapping it all up…

The Series 2 is also an affordable option than the Amia

When we talk about Series 2, we can’t help but compare it to the Amia. in terms of the overall look, it is more similar to the Amia.

Though the Amia costs double since it has more ergonomic features. It is also a bit bulkier.

But the Series 2 may have an advantage over the Amia. You can get an option to get the Series 2 with a headrest while you don’t have that with the Amia. It also feels less bulky and easier to fiddle with since it has fewer adjustable features than the Amia.

So that’s why the Series 2 still has its own crowd.

So we’ve got to answer the question above, is an upgrade always better?

Well, in this case, yes it is. The upgrade will only entail an additional 100-200 bucks depending on options. And though we’re not having an overall upgrade here, it still mattered.

But 50 dollars is still 50 dollars, right? So if you happen to be petite, then you can be happy with the support that the Series 1 has to offer. Well, aside from the arms, you might not really be able to appreciate the upgrade that much.

But if you are 5’10-6”, then it’s going to be a different story. Go upgrade to the Series 2 if you’re within its height range. Though the frames can still pinch your shoulders if you’re going to use the chair for long hours, it will not be as bad as that of the Series 1.

But we’re not putting Series 1 down the drain

Don’t get us wrong, This comparison doesn’t show that Series 1 is not a valuable commodity. It still is.

If you’re buying your first office chair and can’t afford a Leap or Gesture yet, or even a Series 2, for that after, the Series 1 is a great choice.

It will be of value if you are petite to average height, you still get to have basic adjustable features. It even has an adjustable seat depth that most office chairs don’t have.

And the thing about chairs from such brands as Steelcase or Herman Miller, as long as it’s still in great shape, you can always resell them. After which, you should get an upgrade.

You can’t do exactly the same thing with an Ikea chair or other generic brand, can you? 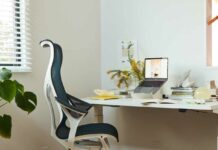 Why is my office chair tilt lock not working? And how do I fix it? 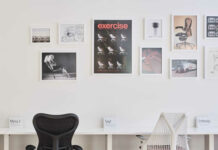 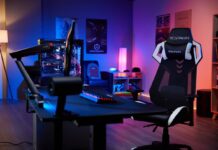 Why is my office chair tilt lock not working? And how...

Top 10 Best Ergonomic Office Chairs Under $500? Be Comfortable Even...

Steelcase Gesture vs Leap office chair showdown – Find out in...

What are the Benefits of using a kneeling chair?